Energy Capital & Power spoke to General Manager Matuzalem Sukete about the firm’s activities in the country.

Since 2005, AES has grown into a leader in integrated waste management services in Angola. How did your operations begin?

Our shareholders had invested in waste management projects in other parts of the world and saw the opportunity in Angola for better environmental protection initiatives. There was a need for tools and means to allow the industry to carry out its activities in a sustainable manner. The owners had initially invested when there was no legal obligation for oil companies to bring the hazardous waste resulting from drilling activities ashore. Despite this, they went ahead and set up the company. AES started at the SONILS Base on a small plot of 6,000 square meters, together with a landfill in Cacuaco, which is about 18 kilometers from our office.

AES now has an area of more than 35,000 square meters. We started with one incinerator imported from Europe that complied with the standards of the European Union for the incineration of hazardous material, the Directive 2000/76/EC, which is the strictest international regulation for this activity and became an important standard in Angola. AES wanted to set the bar as high as possible to show that it is possible to operate at such a high level in Angola.

To what extent has AES invested in technical infrastructure and technologies?

AES brought technology to Angola that allows drilling activity to take place in a sustainable way, providing a solution for the treatment of drill cuttings, which is done through our thermal desorption processes. The investors were so optimistic that Angola and AES became the biggest concentration of thermal desorption capacity worldwide. In 2015/16, we had a total installed processing capacity of 120,000 tons per year. It is a demonstration of commitment from and willingness of our investors and shareholders towards Angola. To date, AES has invested about $150 million in infrastructure to secure enough capabilities to service Angola as the largest major oil producer in sub-Saharan Africa. AES wants to provide Angola with all the necessary resources and tools to carry out activities in the energy sector in a sustainable way – the only possible way to reverse all these changes in the environment.

Our technologies are not readily available on the shelves, which has required AES to invest a great deal in human capital development. Today, we have a significant number of Angolan nationals with competencies to run the operations of AES equipment without external support. Our organization has more than 95% Angolan local content.

How has AES managed to achieve such a high percentage of local content?

It all starts with willingness and a mission. AES is much more than just a business – it is firmly committed to the sustainability of the oil industry and the environment. AES focuses on our employees acquiring skills. This has had plenty of benefits, both for the employees themselves as well as for the company. Today, AES employs about 400 employees in Angola, split between operations in Luanda and Soyo. In 2020, AES had to deal with the critical impact of COVID-19 where the resulting traveling restrictions worldwide posed a major challenge to the business continuity of various organizations. AES relied on the Angolan workforce during that difficult stage in order to secure continuity of its operations and give all the necessary support to the oil and gas sector. That was a result of proper training and capacity building, which took years to create, but eventually paid off.

What is the reasoning behind having waste management facilities located at both SONILS Integrated Logistics Base in Luanda and Kwanda Base in Soyo?

Being inside the supply base, such as SONILS and Kwanda, allows AES to be closer to the operations offshore. One of the biggest advantages is that it reduces the liability associated with the transportation of hazardous waste. With the hazardous waste arriving into the industrial base from offshore installations, being handled and treated by AES within the confinements of the industrial base, the hazardous potential is reduced through the treatment process that involves a lot of segregation and different types of thermal treatment, making it safer to transport through the community areas. Furthermore, the treatment given to the waste results in significant reduction of the waste volume that needs to be transported to the landfill through public roads in the communities.

AES started operating the Kwanda Base in Soyo in 2015 because a lot of the major players in Angola’s oil sector were operating from the northern blocks. It is a logistical and cost challenge for them to ship all of their waste to SONILS in Luanda. AES wanted to have operations closer to actors to make it more convenient for them and contribute to the reduction of oil production costs and better services for these companies. This was the main driver for AES to open the second installation there. AES helps contribute socially by employing people in Soyo, which is a very important area of the country with regards to oil production. AES wants to contribute through positive social impact, not only through employment, but also through other community-driven projects.

What does the implementation of international environmental best practices and standards make AES more competitive within its sector?

AES is certified in two critical standards in our industry, namely, ISO:14001 for environmental standards and ISO:45001 regarding safety in the workplace. This helps AES to continually improve its management system towards setting better standards and better integration with stakeholders, as well as better processes and procedures. The result brings AES to a level that our clients can rely on when it comes to the overall quality of services. AES has been invited to provide this service outside of Angola several times. There are partners in the industry that have operations in different countries and they have developed such a trust in AES systems that they want AES to transfer this technology and reputation to other countries where they can benefit from our services. In terms of reputation, contribution and reliability, AES has become a matter of pride for us and the country as a whole. AES has set an example in operation with an Angolan quality stamp.

Can you give an example of how innovative waste management technologies can reduce costs and improve efficiencies for operators?

One of the greatest benefits of thermal desorption is that it helps to reduce the cost of oil. It does so because our process of thermal desorption recovers the base oil from contaminated mud or drill cuttings, in its original quality. This recovered base oil is given back to the mud company via the operators to produce new drilling mud, thus helping them to reduce costs by cutting the importation costs of new synthetic oil. One of our principles is the “3 R’s”:  Reduce, Reuse and Recycle. When AES receives waste, the number one priority is to segregate the part of waste that can be recycled or reused within the initiatives of the circular economy. The reduced waste of all the recovered products taken can be sent to the AES-certified landfill that is adequate and up to the standard for receiving that kind of waste.

What are the primary challenges in maintaining a portfolio of high-level clients, including TotalEnergies, Eni, Chevron and ExxonMobil, among other leading IOCs?

A major challenge of the oil and gas industry worldwide is the management of Naturally Occurring Radioactive Material (NORM) waste. The oil and gas sector produces a lot of it. NORM waste is a major challenge worldwide, as there is not yet a commonly accepted solution, and Angola is not an exception to this challenge. In Angola, our regulation for NORM waste handling only allows for the storage of waste. Last year, AES pioneered an initiative to reduce the volume of NORM waste. We are working on a project for decontaminating a lot of NORM contaminated pipes for one of the big players. This is a great benefit for our client, as it reduces the liability of storing huge volumes of pipes contaminated with this waste without knowing what to do with it. AES started the decontamination process and has engaged with the relevant stakeholders. The regulatory authority in Angola has audited our processes, tested the results and has approved the result as being very effective.

What is AES’ vision for its operations in Angola?

Our vision is to keep being a leader in waste management for this sector. We will do that by continuous search for innovative solutions. Our industry is dynamic and we need to match that. The energy transition is a novel experience for most of the oil and gas players, but AES will be there during this process. We have been discussing several challenges with various clients to understand their vision, needs and expectations so that AES can adapt itself to the new reality and be ready to better support and contribute as needs arise. After all, AES provides a much-needed environmental solution not only in Angola, but also around the world. 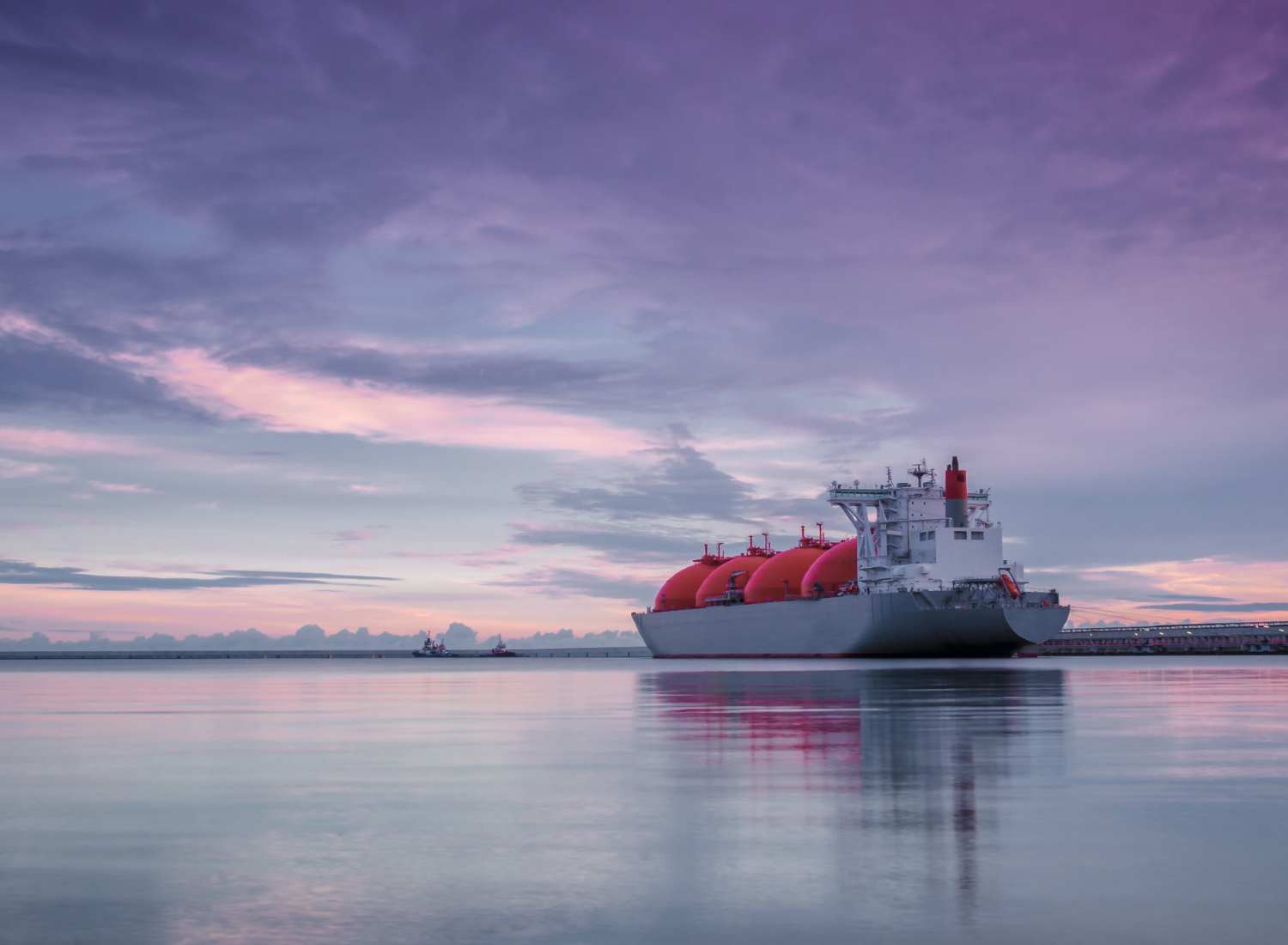 The African Energy Chamber is proud to announce that it will be hosting the German leg of the AEC’s European investment roadshow, the Invest in African Energy Frankfurt Reception on February 23.
Read More