Why Solar Plants Should Keep an Eye on Glint and Glare

Global experience shows that sunlight reflecting off solar panels can cause annoying visual discomfort and even hazardous glare to surrounding receptors such as residents, motorists or pilots.

Sunlight reflecting off solar panels can be experienced in two forms: glint, which is a momentary flash of bright light; and glare, a continuous source of bright light.

Both glint and glare can result in an after-image, which is a visual illusion where an image persists after exposure to the original image has ceased. Motorists passing by may be affected, for instance, posing a potential traffic hazard, while nearby communities could be disturbed by sunlight reflections.

Recent changes to the licensing regulations for independent power producers have opened the door for private renewable energy projects up to 100 MW. While most commercial solar projects to date have been located in remote areas, these developments may now be increasingly located closer to urban areas, according to Chris Dalgliesh, partner and principal consultant at SRK Consulting.

“We have seen a few solar projects being established fairly close to towns, and there will be more of these to come,” said Dalgliesh, adding that, “This increases the likelihood of glint and glare impacting more often on human settlements and other receptors.”

Sue Reuther, partner and principal consultant at SRK Consulting, highlighted that while there was generally a high level of public support for renewable energy projects, the growth of solar farms had shown that glint and glare could have significant visual impacts. As such, these aspects have become an essential component of Visual Impact Assessments that SRK Consulting conducts for Environmental Impact Assessments (EIAs).

Kelly Armstrong, environmental consultant at SRK Consulting and a specialist in modelling visual impacts, said that developers need accurate, science-based predictions on how their solar installations might affect the local environment.

“A range of parameters are loaded into glint and glare modelling software to assess whether the glint or glare from solar panels will impair vision or cause discomfort,” said Armstrong. “This includes the project’s precise location, local topography and the height of the mounted panels – as well as the axes and aspect of photovoltaic (PV) arrays.”

The exact longitude and latitude determine the position of the sun across the seasons, allowing the model to account for the aspect of the sun on each day of the year. This is significant in measuring not just the occurrence of glint or glare, but to quantify exposure (minutes per day) to this impact.

PV panels in a solar energy installation can be fixed, or can rotate on a single axis or double axis, she noted. The model requires specific parameters of the proposed PV array inter alia the panels’ maximum tracking angle, resting angle and whether backtracking technology is used.

The position of the receptors relative to the solar energy installation is also critical. Typical receptors could include buildings, homes, roads and flight paths, with dozens of different points around the project all having to be assessed to understand the potential impact. Topography is important, as elevated areas around a solar farm could be more exposed to glint and glare. Dalgliesh noted that a viewshed is typically a vital component of visual impact assessments, and shows those areas (receptors) from which the solar farm would be visible.

“This spatial map guides our understanding of who or what will be visually affected by a development,” he said. “We can then identify those receptors which are likely to be most sensitive to visual impacts – including glint and glare.”

The outcome of the modelling, explained Armstrong, is to accurately predict the exposure and duration of glint and glare impacts down to the minute each day, for each key receptor.

“The accuracy of these models allows us to report very detailed glare results,” she said. “For example, we can predict that a particular receptor would experience glare for a maximum of 15 minutes between 4.30 and 6.30 pm during the summer months.”

This provides the basis for strategic decisions, either on the precise location or orientation of the solar farm, or on appropriate mitigation measures. While there are currently no legally specified thresholds for glint and glare, she pointed out that there are international best practice guidelines to follow.

“These guidelines incorporate tolerable exposure thresholds, viz. maximum 60 minutes per day, for more than three months of the year, above which mitigation measures must be implemented” she said. “Our reports include mitigation measures, aiming to avoid any glare affecting receptors.”

Reuther highlighted that, as a leader in the field of EIAs, SRK is among only a few consultancies with advanced in-house expertise in glint and glare modelling – a niche likely to be in growing demand. 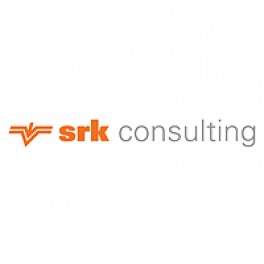 SRK is an independent, global network of over 45 consulting practices on six continents. Its experienced engineers and scientists work with clients in multi-disciplinary teams to deliver integrated, sustainable technical solutions across a range of sectors – mining, water, environment, infrastructure and energy. For more information, visit www.srk.co.za