Exploration and Project Opportunities in the MSGBC Basin

Also available in French and Portuguese

Following a succession of large-scale discoveries in the offshore waters straddling the border of Mauritania and Senegal, in what is known at The Grand Tortue Ahmeyim (GTA) gas field development, that took place between 2014 and 2017, a variety of independent Exploration and Production Companies (EPCs) as well as International Oil Companies (IOCs) have demonstrated their interest in developing the hydrocarbon potential of the largely underexplored MSGBC Basin.

Located in a region known as the North West African Atlantic Margin, the MSGBC Basin – Mauritania, Senegal, The Gambia, Guinea-Bissau, and Guinea-Conakry – has hosted a succession of world-class discoveries, namely the cross-border GTA field and the Senegalese development of the Sangomar oil field, which are poised to transform the region into an international hydrocarbon hub. The Yakaar-Teranga and BirAllah discoveries offshore Senegal and Mauritania, respectively, have been appraised to contain up to a combined 85 trillion cubic feet (tcf) of natural gas, while the Bambo-1well offshore The Gambia is expected to contain a prospect of 1.1 billion barrels and in Guinea-Bissau, the Sinapa oil discovery features contingent resources of an estimated 72 million barrels of recoverable light oil.

Opening the north-western quarter of the African continent to exciting new prospects, the MSGBC Basin offers many exploration and production opportunities. Covering an area of 600,000km2, extending from the Cap Blanc Fracture Zone, offshore northern Mauritania, to the Guinea Fracture Zone situated off the coast of Sierra Leone, these discoveries have resulted in the region becoming a hotspot for development, placing it near the top of the list as one of Africa’s most exciting opportunities for exploration and development.

Considered to be in the early stages of a hydrocarbon boom, successive discoveries of large deposits of natural gas off the coast of Mauritania are poised to transform the country’s energy sector into its largest industry and provide attractive market opportunities for investors. With several of the world’s supermajor oil companies currently operating in the MSGBC Basin, the Government of Mauritania is seeking to attract exploration and development to its offshore oil and gas sector, with 19 offshore blocks available to lease.

This has led to many opportunities in the equipment engineering and services sector and is projected to turn the Mauritanian port city of Nouadhibou into a regional oil and gas hub, with reconstruction of the city’s oil storage capacity of 300,000 tons currently underway, while the government seeks to expand its capital, Nouakchott’s, storage capacity by 150,000 tons.

In recent years, Senegal has become an intriguing prospect for explorers and developers due to its heavily underexplored offshore oil and gas basins. Following the 2014-2016 discoveries, as well as the capitalization of the sector by the country’s national oil company, Petrosen, many opportunities have arisen for investors seeking to tap into Senegal’s vast hydrocarbon resources.

Two of the MSGBC’s largest oil and gas projects are the Sangomar and GTA LNG gas projects, both located in Senegal, the latter of which is shared with Mauritania, are shaping the country’s current boom in its oil and gas sector. Other discoveries, such as the Yakaar Teranga hub, located approximately 95km northwest of Dakar, offer prospects that will produce gas primarily for internal consumption.

With the discovery of a confirmed presence of sizeable crude oil deposits in The Gambian offshore oil blocks of the MSGBC Basin, oil exploration and drilling licenses are projected to be the country’s best prospects in its oil and gas sector. Listed as a critical pillar in its National Development Plan 2018-2021, the Government of The Gambia has placed an emphasis on promoting market opportunities through the importation of seismic data mapping technology to survey its offshore blocks as well as the issuing of mineral exploration and exploitation licenses for the exploration of on- and offshore oil.

The Gambia currently has two onshore and four offshore blocks that are currently being explored, the most promising of which are Blocks A2 and A5, situated adjacent to the Sangomar field, which have seen a rapid increase in exploration activities by Australian-based oil and gas company, FAR Ltd., now holding 50% interest and operatorship in the offshore MSGBC Basin. Covering an area of roughly 2,682km2, Blocks A2 and A5 contain prospective resources in excess of 1 billion barrels of oil.

In 2019, the African Petroleum Corporation has offshore license interests in Blocks A1 and A4, with 3D seismic data revealing over 30 exploration prospects and a hydrocarbon potential of up to 3 billion barrels of oil

By 30 November, it is expected that FAR Ltd. and its joint-venture partner Malaysia’s Petronas, will spud the Bambo-1 exploration well offshore The Gambia. Situated in Block A2, approximately 85km south of the Senegal-Gambia border, the well will be drilled at a total depth of 3,266m in water depths of 993m and presents a prospective oil resource of 1.1 billion barrels.

Given the country’s long-recognized potential reserves and prospects in its vast shallow water shelf, the national oil company of Guinea-Bissau, Petroguin, has authorized the initiation of exploration for hydrocarbons in 11 offshore blocks for EPCs and IOCs since October 2020. Currently, these companies, which include Sweden’s Svenska Petroleum, Norway’s PetroNor E&P, and Far Ltd., continue to analyze seismic data for the prospect of oil and gas offshore Guinea-Bissau, with the majority of activities overseen by Petroguin.

Located in the Casamance salt sub-basin offshore Guinea-Bissau, the Sinapa and Esperança wells encompass an area of approximately 5,000km2 and offer potential contingent resources of around 72 million barrels of recoverable light oil. In September, Petroguin announced the signing of a contract with the Equatorial Guinean corporation, Ada Business GE Lta., to explore and exploit oil resources in its onshore Blocks 4 and 5.

While the true extent to which the oil and gas reserve potential of Guinea-Conakry remain relatively unknown, the prospects remain promising. There are some exploration companies, that believe the offshore regions of the country contain commercially viable oil, placing trust in the country’s National Petroleum Office to promote further exploration in Guinea-Conakry.

Find out more about the conference here: 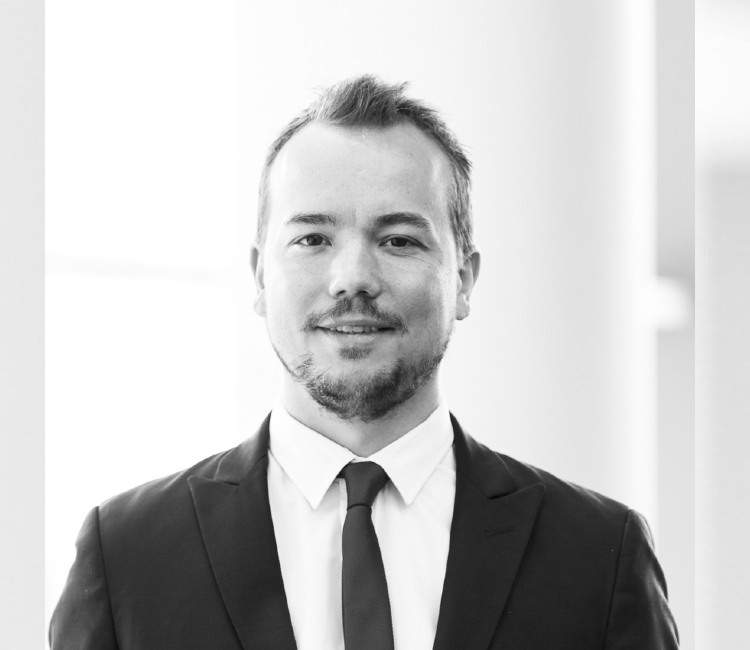 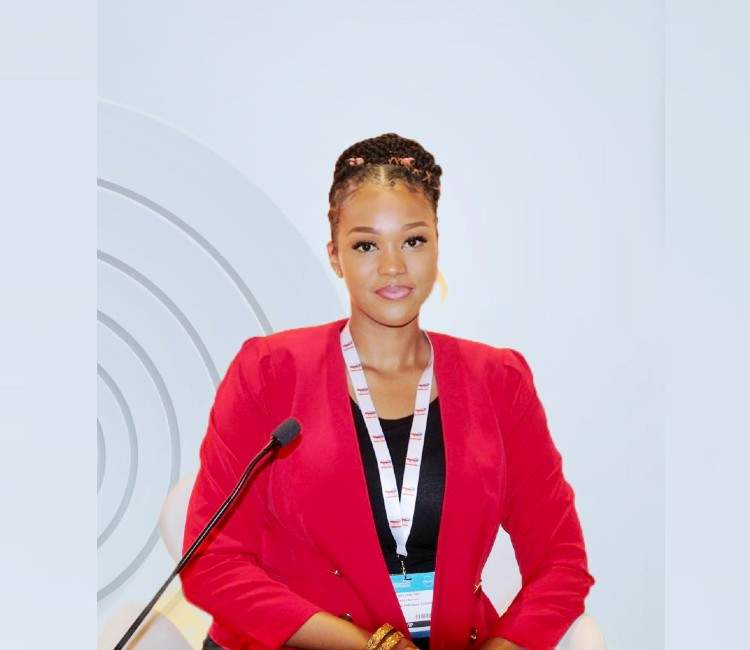 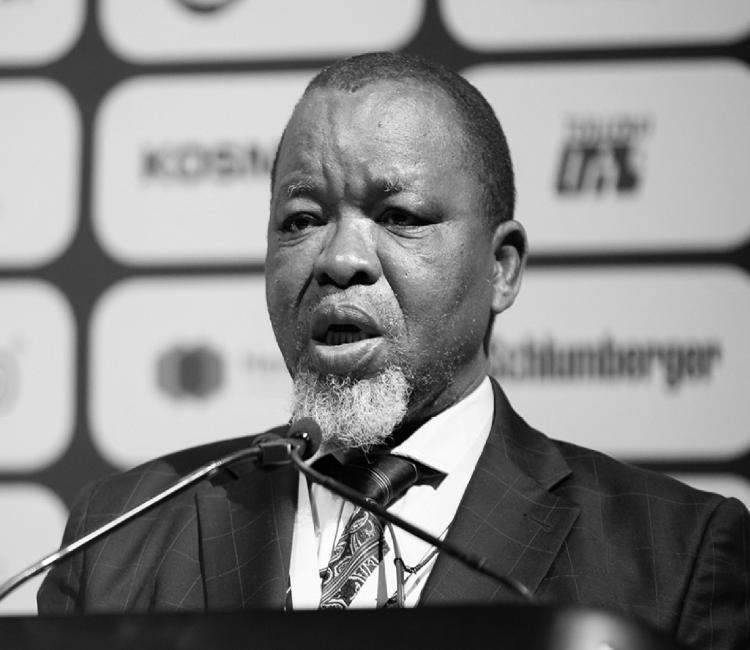 Angola is now a member of the EITI, demonstrating the southern African country’s commitment to improving its extractive sector’s transparency.
Read More

TotalEnergies and its partners have made a Final Investment Decision for the development of the CLOV Phase 3 Project in Block 17, offshore Angola.
Read More