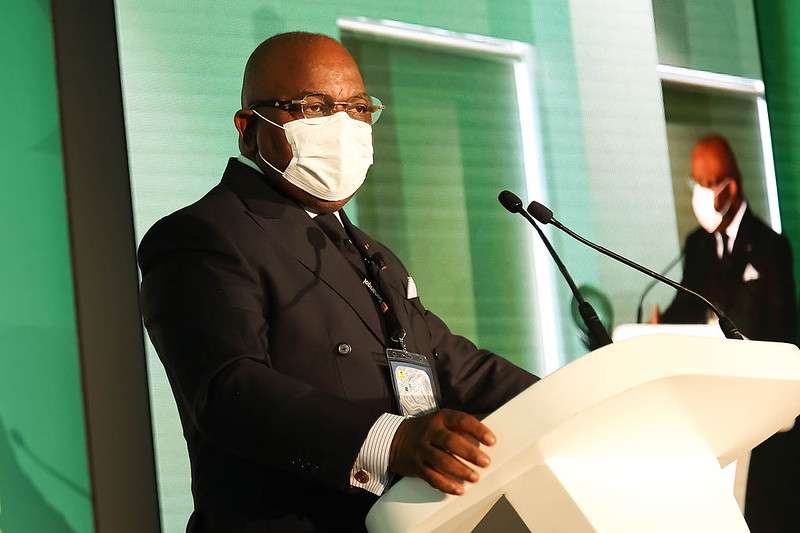 H.E. Bruno Itoua, Minister of Hydrocarbons, Republic of the Congo.

Central African country, the Republic of the Congo, has faced a challenging two years weathering out the adverse impacts of the COVID-19 pandemic. With upstream oil production responsible for 50% of GDP, 70% of government revenue and 80% of exports, recent market standstills placed a dent in the Congo’s economy. However, with the implementation of progressive policy reforms, the introduction of key licensing rounds and H.E. Bruno Itoua, Congo’s Minister of Hydrocarbons, being appointed as the 2022 President of the Organization of Petroleum Exporting Countries (OPEC), the Congo’s competitive recovery is on firmer ground.

The Republic of the Congo remains sub-Saharan Africa’s third largest oil producer, with its offshore extraction estimated at 336,000 bpd from 2.9 billion barrels of proven reserves. Congo produces three main crude oil blends from its upstream industry, approximately 95% of which is exported. The Djeno blend comprises the majority of trade: a sweet, medium crude oil. The N’Kossa blend is light by contrast, produced in smaller volumes, and the Yombo blend is the heaviest, most viscous variety, ideal for blending.

Ensuring that the central African country capitalizes on its abundant oil and gas resources has led the Congolese government to progressively reform policies. This is to attract international investment in crude oil exploration along with the monetization of gas reserves, through both the 2016 Hydrocarbons Code and 2021 Gas Master Plan, specifically. Reforms also include the reduction of crude oil royalties from 15% to 12% for offshore fields deeper than 500 meters and natural gas royalties from 15% to 5%, with all exploration and production to be run in partnership with the national oil company, the National Petroleum Company of Congo.

Notable amongst Congo’s active hydrocarbon production sites are the shallow water Nene development, operated by Eni since 2014 with a 50,000-bpd peak production volume; the Chevron-run Lianzi offshore area with a 40,000-bpd peak production volume since 2015; and TotalEnergies’ offshore Pointe-Noire sites in Moho Bilondo and Moho Nord which started extraction in 2015 and 2017, respectively and with 30-year lifespans at 140,000 bpd.

Congo also holds an estimated 10 trillion cubic feet (tcf) of natural gas reserves discovered to date. A small fraction of this has been exploited, with the country’s annual extraction somewhere close to 50 billion cubic feet (bcf) and a larger component of the resource being flared as a by-product of upstream oil industry- approximately 63 bcf per annum. Eni is Congo’s leading natural gas producer, working to commercialize reserves tapped by extant oil extraction through a pair of newly constructed gas-fired power plants- the Centrale Électrique du Djėno in Brazzaville and the Centrale Électrique du Congo station in Pointe-Noire. The power stations boast power generation capacity of 220 MW and 484 MW, respectively.

Natural gas accounts for 59% of Congo’s total primary energy consumption, followed by 28% petroleum and 13% renewables. This latter portion stems largely from hydropower generated in the capital from three plants, namely, Djouė close to Brazzaville, Imboulou in the Ngabe district and Moukoukoulou in the Kouilou department, totalling 209 MW capacity. This, like natural gas, constitutes a major potential growth area for Congolese energy, with a potential of 2.5 GW in production, less than 5% of which has been tapped. Investors are being sought to finance the development of a 1.2 GW facility at Sounda Gorge in the Kouilou department as a long-term high revenue venture into the renewables sector.

Energy Capital & Power will launch Congo-Brazzaville’s first ever energy sector specific report, Energy Invest: Congo-Brazzaville 2022, in the second quarter of 2022, which will outline the country’s COVID-19 recovery strategy and unpack its ambitious plans for the development of its hydrocarbons industry including natural gas development, environmental and social governance, and the energy transition.